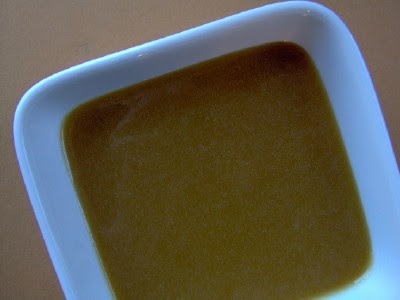 In my first attempt to make a SCD legal caramel sauce, I was pleasantly surprised to wind up with butterscotch. The next time I made it I wound up with more caramel flavored sauce. So what was the difference? The first batch was made with a mild honey, which allowed the butter flavor to shine through, making the best butterscotch I have ever had. The second time I used a dark honey (I just use what I have on hand), this kept the butter in the background and had a richer caramel flavor. This sauce is great for frozen yogurt and other desserts. 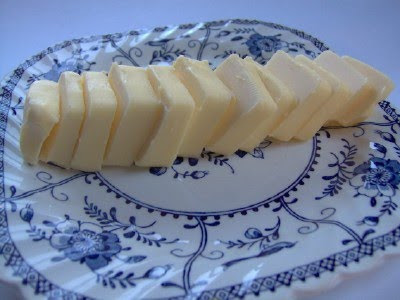 Heat honey in a heavy saucepan over medium heat. Stir frequently. In a few minutes it will be slightly bubbled and begin to boil. 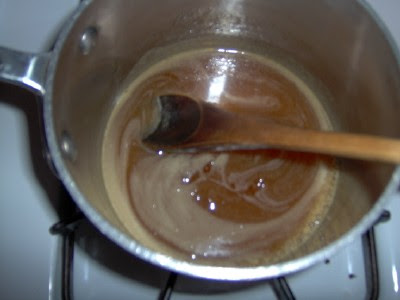 When it begins to really boil up and look "foamy", stir constantly for one minute and then let it just boil on its own for about 30 seconds. 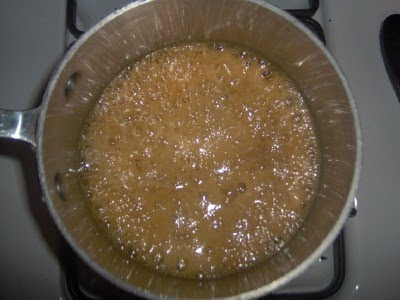 Remove from heat. Stirring constantly, add butter, one pat at a time allowing each to be almost dissolved before adding the next. When all have been added, let sauce cool. It will thicken as it cools.