We really like avacadoes, you may choose to not use as many.

Put chicken, veggies and cilantro in a bowl and gently toss. Combine dressing ingredients in a small bowl. Toss with veggies. Chill and serve.
Posted by Mrs. Ed at 6:55 PM No comments:

Cut cauliflower into bite size pieces and steam for about 8 minutes, just until tender. Prepare artichokes acording to package if using frozen. When both have cooled, combine in a mixing bowl with onions and parsley. Combine dressing in a small mixing bowl or large cup. Whisk until combined. Toss with vegetables and chill overnight.
Posted by Mrs. Ed at 6:43 PM No comments:

Hot weather is showing up and it's time for popsicles. Here's a SCD version:

Whisk juice and yogurt until smooth. Pout into Popsicle molds and freeze.

Note: For SCD Mango-Orange juice I juice the mangos myself.
Posted by Mrs. Ed at 3:40 PM No comments: 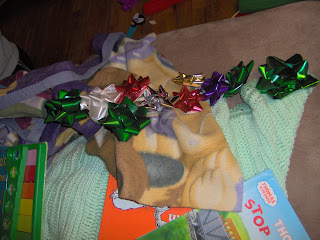 As with all of my posts, if you want to get right to the research and skip my babble, just scroll down. I am not a doctor, I draw stuff for a living. This blog is my interpretation of the research. Please research these things on behalf of your health that of your loved ones, and discuss them with your doctor or nutritionist.

When we brought up the idea of trying Omega-3 with our pediatrician he seemed interested. Although he was not familiar with the research with learning disabilities, he had read much about Omega-3 and it's role in many other health conditions. His reply was that it might, at least, be beneficial from a health standpoint even if it did not help with the ASD or speech. We received an ok for Omega-3 and a referral to ECI services to get our child, "G", evaluated, but he was not sure where to go from there. We really didn't know either.

I wondered if Omega-3 might be benificial for me as well, I had suffered mysterious autoimmune issues most of my life. It was worth a try. So on November 1, 2007 we purchased some Omega-3 fish oil capsules from Sam's. I would put 1/2 of a 1000 mg capsule in his sippy cup with is juice (by all means, get a dosage from your doctor if trying this for your child). By the end of the week G's dull, dry hair began to have a gloss to it...mine was still a dull frise. By week two his nails were less brittle and the rough dry skin on his back was gone...my face was still a flaky mess. By week three his babbling had turned from a robotic "Da, lk tk ga la" to a normal babbling sound. He had begun saying "Uh-oh". He began to drink from a straw, showed more interest in playing with his toys and we could swear his eye contact was getting better. His day caretaker thought she noticed it too. Soon he could say tee-tee and doo-doo and was excited to tattle on our chihuahua every chance he could. His temper tantums were drastically reduced in quantity and length. Tantrums could last for hours at a time, now they were 45 min - 1 hour tops. He was also starting to sleep about six hours a night. By Christmas he could be responsive to adults and show a playful side. Strangely, children still seemed mysteriously invisible to him, even when playing near them.

During this time we found out we were pregnant with identical twins (the other one was missed on the first ultrasound and not seen until the second). I was exhausted but hopeful, finding the Omega-3 was helping G. He still had autism but he was noticeably better. It was to be the first in a series of miracles, although we had no idea at the time. We began working on his play skills. I had found several articles on the importance of play for children. Play is how children apply the knowledge they learn, without play the knowledge is not of much use. Helping a special needs child learn to play is vital!!! I remember my brother as a kid, he would sit in the middle of a pile of toys and not play with them. He loved science fiction and had every "Star Wars" toy, but he never really seemed to play. Another unusual thing, he was obviously bright and reading on college level by fourth grade, but it was like he could'nt really do anything with his knowledge. He sat for hours in the middle of his pile of toys, rocking or watching T.V. So I came home from work and played with G every night. Eddie focused on motor skills and speech while I focused on playing with toys. I had found some helpful videos called Teach to Play!, produced by Jenny McCarthy. They gave ideas on how to build play skills and he was responding well.

The week after Christmas we found out we had lost the twins. But that same week something amazing also happened, G began hugging again! We had not had his hugs and goodnight kisses in so long, it was wonderful. I think that's the one thing a mother misses the most, whether your child's hugs are lost to illness, seperation, death, or autism. We spent a whole day on the couch cuddling and watching cartoons. We still do that every chance we get.

By January I had noticed something in myself too, I didn't take nearly as much allergy medicine. I used to depend on it to sleep at night(I did without it during my pregnancies and suffered through the allergies). I also wasn't using up a box of kleenex every couple of days. It had taken a three months but I was starting to get benefits from Omega-3 as well.

Now I was even more fascinated with Omega-3 and continued to find information on it. In what other areas was the deficiency hurting? In what other ways was Omega-3 supplementation helping? I thought of all of the people around me suffering with allergies, inflammation, behavior problems, autoimmune problems and wondered how much could have been prevented? How much money had we spent on allergy medicines and prescriptions? How many times could we have enjoyed our lives more if it were not for these conditions? Our quality of life and our pocket books have both taken a hit! I wondered how the Omega-3 deficient modern diet may affect our pets. If corn fed beef was hurting us, what about dogs, they eat beef too. As it turns out, they are suffering many of the same ailments we are dry skin, allergies, agressive behavior, and inflammatory responses.

One could spend a lifetime researching Omega-3. It appears that if it our diets weren't so defficient in Omega-3 half of the medical and psychiatric communtiy would be unemployed. You can find it tied to just about anything: brain development, aging, dry skin, PMS, and the list goes on. It's role in cancer is still controversial. Some studies point to benefits while others don't, but the research will probably continue for this. If you ever have time on your hands to kill and need entertainment, just Google "Omega-3". What you learn may improve your quality of life.

I found tons of information on the role of Omega-3 supplementation and fish consumption and reduced risk cardiovasculer disease. We've been told to eat a high grain (and thus high omega-6 diet) to prevent heart disease. It seems for some of us, whether we eat a junk diet or "healthy" according to the food pyramid we can wind up with a similar response: Inflammation. I was beginning to think what was taught as a healthy diet was not all it was cracked up to be. If I wanted to take better care of my family I needed to learn more. It all started with a mind blowing chapter in a book on Omega-3, but that's not where it stopped...

Effects of n-3 fatty acids on autoimmunity and osteoporosis.!

Role of omega-3 polyunsaturated fatty acids in diet of patients with rheumatic diseases]!

A meta-analysis of the analgesic effects of omega-3 polyunsaturated fatty acid supplementation for inflammatory joint pain.!

The importance of the omega-6/omega-3 fatty acid ratio in cardiovascular disease and other chronic diseases.!

Effects of nutrients (in food) on the structure and function of the nervous system: update on dietary requirements for brain. Part 2 : macronutrients.!

EFA supplementation in children with inattention, hyperactivity, and other disruptive behaviors.!

Omega-3 Fatty Acids in Autism and other Neuropsychiatric Disorders!

Roles of unsaturated fatty acids (especially omega-3 fatty acids) in the brain at various ages and during ageing.!

The Effect of Omega -3 Fatty Acids On Canine Atopic Dermatitis!

Risk stratification by the "EPA+DHA level" and the "EPA/AA ratio" focus on anti-inflammatory and antiarrhythmogenic effects of long-chain omega-3 fatty acid!

Many spice and seasoning blends can have starches or other ingredients for anti-caking that are not listed on the label. Making your own spice blends from individual spices is easy. It is also safer if you have sensitivities to some spices or starches. Our son loves the flavor of chili powder, but has a garlic sensitivity, so this blend was made for him.

Combine in a shaker with an airtight lid.
Posted by Mrs. Ed at 7:21 PM 5 comments:

This cake is great with strawberries! I've adapted this recipe from William Sonoma's "Savoring Desserts".

Oven 350 degrees. Butter a 4-cup ring mold. I have not tried this recipe in a loaf pan so it may need cooking time adjusted if your using one.

In a mixing bowl whip the egg whites and salt to soft peaks. Add honey and beat until it's stiffer. Fold in almond flour, oil and extract. Pour into prepared pan. Bake until slightly golden and it tests with a toothpick. About 25-35 minutes.

I buy my Almond flour online at Lucy's Kitchen Shop or Honeyville. Whenever I am in the Fort Worth area I get it at the Vending Nut Company. The "Bob's Red Mill" brand sold in stores is too pricey and course.
Posted by Mrs. Ed at 8:04 AM 4 comments: